by Ian McCue
in Uncategorized
Comments 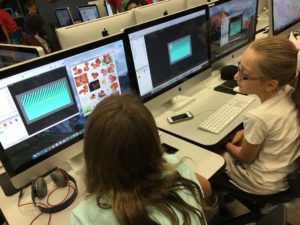 How does a young student go from no coding experience to making stunning, working mobile games in just five days? I’m Ian McCue, the founder of premium summer camp provider Spark Skill, and this was the challenge that I was faced with.

Apple’s development suite, Xcode, and software, Swift, form a rigorous programming environment without room for error. Furthermore, Xcode only enables users to make apps and games for iOS, and testing them requires an expensive developer subscription that accompanies a complicated setup process. Devices must be iPhones, iPod Touches, or iPads, they must be placed in developer mode, and the application files must be manually added via a physical connect. For a classroom of students as young as ten, this process is far too technical. Android apps and games, built on a Java-based platform, have an equally convoluted development process. Worse, if a student wants to make software for both of the major mobile platforms, they must individually program their creations in the two separate and unique languages.

So how can you bring a classroom of students from zero programming experience to a complete, universal app in just five short days? We found the answer: GameSalad. Its appealing and simple user interface enabled students to both follow instructions and experiment with ease. The system of prototypes and instances of “Actors” is a simplified evolution of professional object-oriented programming languages. Logic, data storage, movement and user controls are easily implemented with the robust drag and drop rules and behaviors. Moreover, the easily configured physics engine provided for smooth movement of game elements. Our students managed to create accurate clones of Flappy Bird, complete with the just-perfectly-frustrating levels of gravity and collision detection that made the game go viral.

Once the students developed their apps and previewed them on their computers, the inevitable question started popping up. Tens of students asked hundreds of times, “How do I get this on my phone?” They were initially not concerned with selling their apps, but simply taking them home and showing them off to their friends. This is where GameSalad’s robust simplicity put it miles ahead of potential rivals. First, we connected students’ phones with the free GameSalad Viewer app to the local wireless network. Second, they clicked one button to preview their apps on their phone. That was it! The app almost instantly loaded, and it permanently remained in the viewer app on their device. 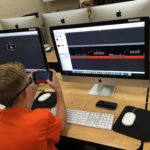 Although GameSalad’s simple and powerful monetization via in-app purchases and advertising enables it to be used by professional developers, most young students are mostly concerned with making real, playable games, and putting them on their own iOS and Android smartphones. GameSalad’s environment proved to be perfect for our short summer camp. Students of all levels enjoyed using the software, and our parents and teachers were stunned by the quality of their digital creations. We had two GameSalad instructors, one an experience programming teacher new to GameSalad, and the other a college computer science major with limited GameSalad experience. The experienced teacher invented her own games and curriculum, stating that it was an easy leap from other languages. Our college instructor utilized games from GameSalad’s curriculum, as well as familiar games, such as Galaga, that he developed on his own. Of our five classes, GameSalad had the greatest enrollment with over thirty students participating, and it produced perfect satisfaction ratings! We would highly recommend the software to summer camps, afterschool programs, and for educational environments in all forms.

Find out more about Spark Skill.

Ian McCue is the founder of Spark Skill, a premium technology summer camp provider. He is passionate about promoting youth engagement in coding and entrepreneurship, and is coauthoring "How Any Kid Can Start a Business" with Mark Cuban and Shaan Patel.